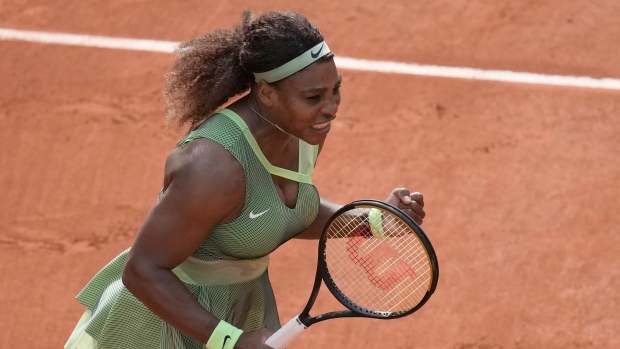 It’s just the second tournament of the season for the 40-year-old Williams, who returned to competition at Wimbledon just over a month ago. The 23-time Grand Slam champion fell in the first round to Harmony Tan in three sets at the All England Club.

Before then, she last competed at the 2021 Wimbledon tournament, where she retired in the middle of her first match due to a torn hamstring suffered after slipping on the grass surface.

Williams' first victory since the 2021 French Open sent her to face the either Belinda Bencic or Tereza Martincova.

Parrizas-Diaz tied it 2-2, but despite Williams’ struggles at certain points, the 31-year-old Spaniard couldn’t find enough of a consistent flow to get ahead. Williams found her rhythm, mixing solid touch with her signature power and putting shot after shot out of Parrizas-Diaz’s reach.

Williams’ effort had the fans on their feet roaring and some even bowing.

Williams won the final three games to take the first set, then surged ahead in the second after the 57th-ranked Parrizas-Diaz took a 4-3 lead. She endured a nine-deuce game to hold serve and even the set, then broke in the next game before serving out the victory.