Sleepless in Seattle: The MLS Cup final kicks off early in Pacific Northwest 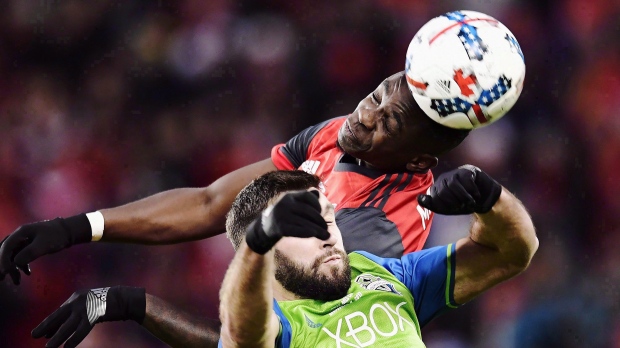 TORONTO -- While it may not be sleepless in Seattle, Toronto FC will have an early start Sunday at the MLS Cup final with kickoff at noon local time (3 p.m. ET) at CenturyLink Field.

And that has not happened too often this year,

Toronto was slated to open the post-season at home to D.C. United on Oct. 19 at noon ET. But president Bill Manning, in consultation with the league and its broadcast partners, managed to switch kickoff to 6 p.m. ET.

"I think it's an early start and it kind of loses its prime-time sort of feel," Toronto coach Greg Vanney said of the championship game start time Sunday. "But at the same time I understand that between television and everything else they really determine when things start. We do what we've got to do."

It was a 1 p.m. local time start (4 p.m. ET) April 13 when Toronto played its lone regular-season game against Seattle this season. The Sounders won 3-2.

"Everything comes fast, which in some ways maybe isn't the worst thing because you're not waiting it out all day," Vanney said of the early starts. "By the time you wake up and you do your routine of pre-game meal, you're already on the bus, you're at the stadium before you know it and the game is on.

"But what it does is everything is really kind of in fast-forward, so in terms of team meetings or anything that you might spread out over the course of a day everything is just put into hyper-speed because it's all going to happen really fast.

"Again it's important everything gets done the day in advance and you leave as little as possible for that day."

On the plus side, Vanney said teams often practise around 11 a.m. local time, so Sunday's kickoff time is not too far off.

Toronto is flying into the Pacific Northwest on Thursday, in part to escape some of the hoopla and media attention that comes with MLS Cup week.

Seattle has played six 2019 home games during the regular season and playoffs that kicked off at 1 p.m. local time or earlier (4 p.m. ET or earlier). The Sounders went undefeated (4-0-2) in those early starts

The forecast calls for showers and 12 degrees Celsius on Sunday. A sellout of more than 69,000 is expected.