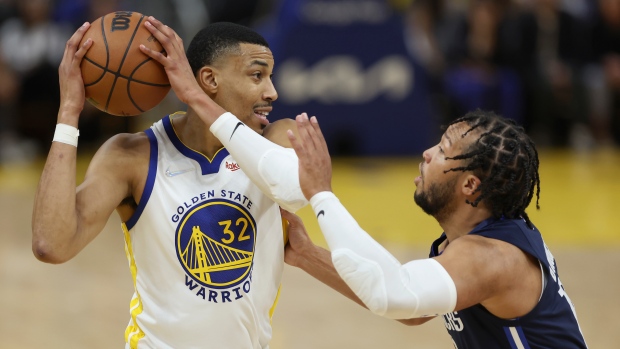 The Toronto Raptors have signed forward Otto Porter Jr., who was a key member of the Golden State Warriors' NBA championship team.

The deal was first reported by Yahoo Sports, and confirmed to The Canadian Press by a source close to negotiations.

The 29-year-old averaged 8.2 points per game this past season. He's a tenacious defender and solid long-range shooter, with a career average of 39.8 per cent from behind the arc.

Porter's wife is from Toronto, according to the Yahoo report.

Porter was selected third overall by Washington in the 2013 draft, and played the first six seasons of his career there before being traded to Chicago in 2019. Orlando then acquired him at the 2021 trade deadline, and he signed with the Warriors in the 2021 off-season.

The Raptors have been busy since free agency opened at 6 p.m. ET on Thursday, signing Canadian forward Chris Boucher to a three-year deal, and signing veteran forward Thaddeus Young to a multi-year contract extension.