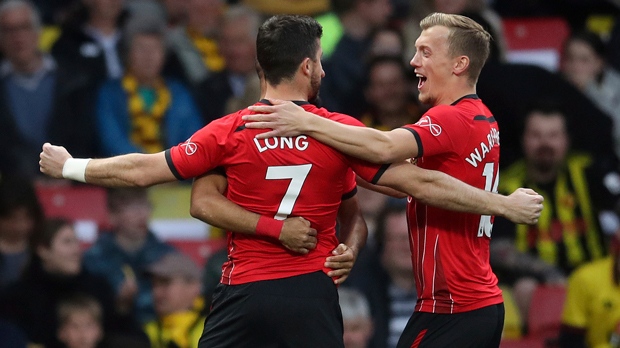 WATFORD, England -- Shane Long has scored the fastest-ever goal in a Premier League game, netting after less than eight seconds for Southampton against Watford.

Long intercepted Craig Cathcart's clearance and ran onto the loose ball before dinking a shot over goalkeeper Ben Foster after 7.69 seconds on Tuesday.

Based on the Premier League's timing, the goal was quicker than the 9.9 seconds it took Tottenham's Ledley King to score against Bradford in 2000.