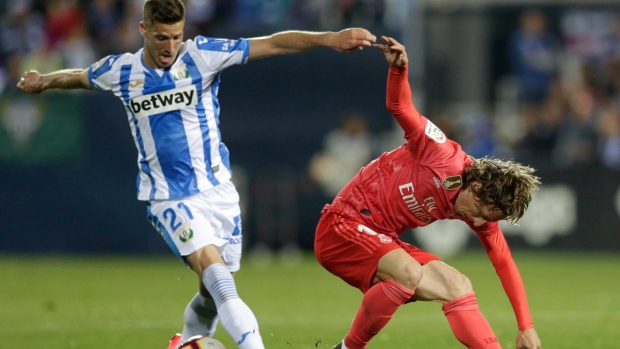 The academy, which will be open to boys and girls from four to 18, promises the “highest standard of Spanish soccer training directly from UEFA Pro-certified La Liga coaches.”

“This is the first official one that we've announced for the whole North American territory, so is a big deal for us,” said La Liga North America CEO Boris Gartner.

Gartner hopes to add camps in Vancouver, Montreal and other cities in future years.

He says La Liga has a five-year plan in North America, coinciding with the 2026 World Cup that is being hosted by Canada, Mexico and the U.S.

La Liga already operates soccer academies in China, Egypt, Indonesia and the United Arab Emirates, among other countries, and is planning a camp in the U.S. It is also working with domestic leagues to set up academies in Japan, India and Kenya.

Gartner hopes to launch the Toronto-area camp in August. It is open to all-comers and features various levels.

Spanish soccer and the Canadian Premier League already have a common partner in Mediapro, which has a 10-year broadcast rights deal with the fledgling league. Spain-based Mediapro and La Liga have extensive soccer broadcast ties.

Costs of the Toronto academy are to be announced at a later date.

Gartner says La Liga hopes to stage a game in North America, hold events and boost social media to raise its profile on this side of the Atlantic.