Stepping in for injured Lowry and VanVleet, Flynn picks up rookie of month honours 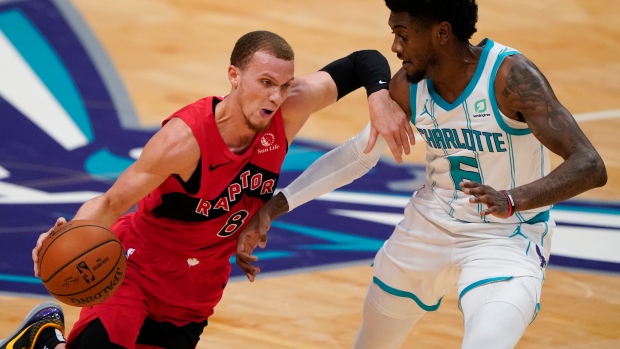 With guards Kyle Lowry and Fred VanVleet each missing multiple games with injuries in April, Flynn stepped up admirably, making eight starts in 15 appearances to help lead the Raptors to an 8-7 record for the month.

Flynn set a career high for points three times last month and recorded his first double-double with 20 points and 11 assists April 10 at Cleveland.

Flynn, who was the 29th pic in the 2020 draft, is the ninth Raptor to earn rookie of the month honours, and the first since Jonas Valanciunas in March of 2013.