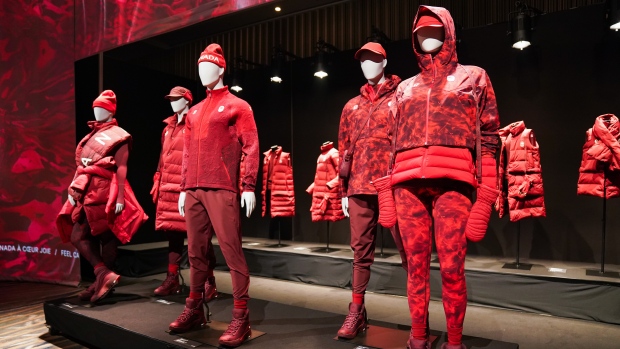 TORONTO - Fitness was in fashion Tuesday as Team Canada took a fresh step forward with new outfitter Lululemon unveiling the 2022 kit for the country's Olympic and Paralympic teams in Beijing.

No berets, cowboy hats or eyebrow-raising colours for this kit reveal. And say goodbye to the recent Canadian tuxedo look too.

The Vancouver-based athletic company kept things sleek and simple with a look that was sporty and inviting without going over the top.

After a group of dancers kicked off the flashy presentation with a routine featuring a mix of yoga, gymnastics and dance, the athletes modelled the gear on a makeshift runway in a downtown hotel ballroom.

“Transformation” was the prominent theme for the half-hour ceremony as Lululemon showed off its transformable parkas, down jackets, beanies and pullovers.

Red was the dominant colour for the opening ceremony gear with a C, A and N in block lettering on jacket backs and the Maple Leaf featured on the sleeve. 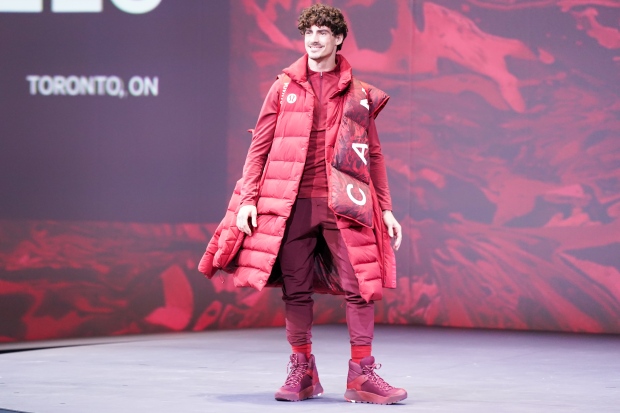 The podium gear had more of a knitted, elevated texture with similar colouring while the closing ceremony clothing gear was a winter white.

“The opening and the podium gear is super-fiery and intense,” said ski cross racer Brady Leman. “It really kind of amps you up and hypes you up. It makes you stoked to wear it. The closing gear is a little more mellow and subdued but still just really sleek.” 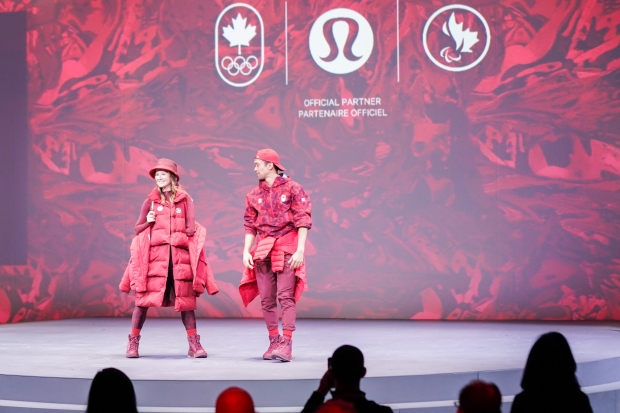 “Seeing it come to life with the colours and the fit and the styles, it is so cool,” said freestyle skier Cassie Sharpe. “It feels so Canadian but so modernized, I'm just really excited about it all.”

The Feb. 4-20 Beijing Games will be the first for Lululemon in a deal that will last through the 2028 Games in Los Angeles. The Beijing Paralympics are set for March 4-13.

David Shoemaker, CEO of the Canadian Olympic Committee, said the strength of the kit release showed why the COC partnered with Lululemon.

“This mesmerizing athlete kit - that you can see from the joy in the athletes - is exactly what we wanted and it will mark a new chapter for the Canadian Olympic Committee,” he said.

Leman said the quality was “on point” and the material felt great.

“You can just see the functionality of the pieces,” he said. “One of the things they've targeted ahead of Beijing is it's going to be cold. So they've given us layers and they've given us options.” Lululemon takes the lead after Hudson's Bay's 16-year run as Canadian outfitter recently came to an end. There were some hits and misses over the Bay's run, which was capped by a much-panned jean jacket worn at the closing ceremony of the Tokyo Games last August.

Some pieces from the new collection were available for purchase on the Lululemon website on Tuesday, one day ahead of in-store releases at Lululemon locations in Canada.

Other kit on-sale dates were set for November and January.