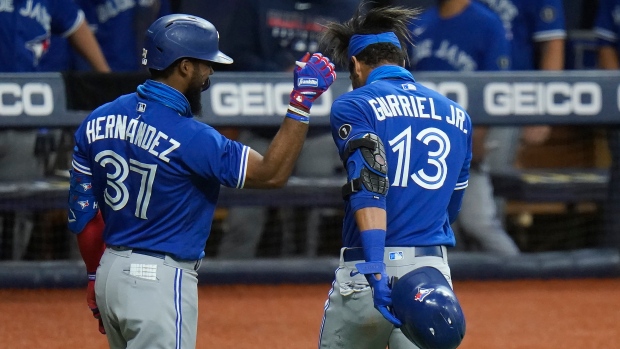 DUNEDIN, Fla. - The Toronto Blue Jays have placed outfielder Teoscar Hernandez on the injured list after he was exposed to someone with a positive coronavirus case outside of the team.

“That's all I can tell you about it right now,” Montoyo said.

Left-hander Ryan Borucki also went on the injured list with vaccine side effects, which included a fever and fatigue. He was sent home after arriving at the ballpark for Friday night's game against the Los Angeles Angels.

A number of Toronto players received shots before Thursday's game with the Angels.

Montoyo got his second vaccination and said after the game that he felt a little tired.

“A lot of teams are going through this right now,” Montoyo said. “We'll get better soon.”