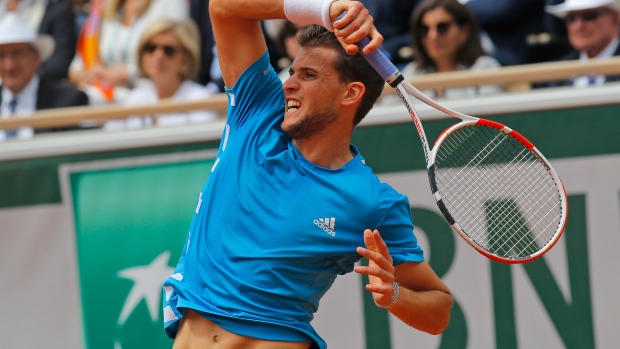 Mager led 7-6 (4), 2-1 when rain forced the match to be suspended on Friday. He won the second set 7-5 on Saturday to reach the semifinals.

“I am speechless,” Mager said. “Playing against him was already a dream. I watch him on TV all the time.”

Thiem said he was not in his best form in Rio. Defeat also cost him the chance to overtake Roger Federer for the No. 3 world ranking.

“I did not play my best tennis this week. I was trying everything,” he said. “Unfortunately, I did not deserve to win. He was a better player. I was feeling I was all the time in defence, with not enough power in my strokes. I tried to play more aggressive, serve and volley, more slices. But it did not work out.”

The 128th-ranked Mager,who has yet to lose a set in the tournament, will face Hungary's Attila Balazs later Saturday for a place in the final.

Balazs started the day trailing Spain's Pedro Martinez Portero, who led 6-2, 2-2 from Friday when their quarterfinal was also suspended because of the rain. The Hungarian won the the second set 6-4 to force a decider, which he also won 6-2.

The other semifinal features third-seeded Christian Garin of Chile and fifth-seeded Borna Coric of Croatia.