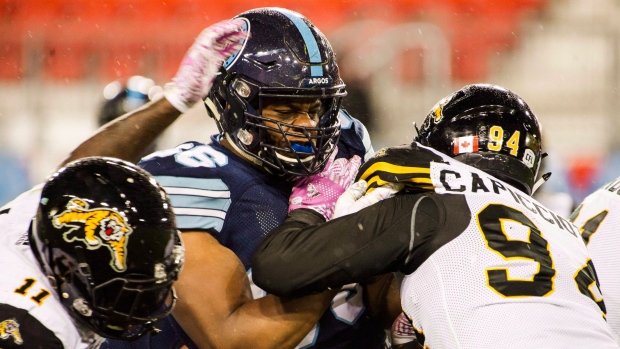 The four-year veteran spent his first three seasons in the league with Saskatchewan and has made 98-of-115 field goals (85.2 per cent) over his career.

Cage, 26, is signed through next season. He was originally signed by the Argos in May 2018. The six-foot-four, 313-pound offensive lineman has appeared in 11 games over two seasons for Toronto, including starting seven games at left tackle in 2019 before an injury ended his season.