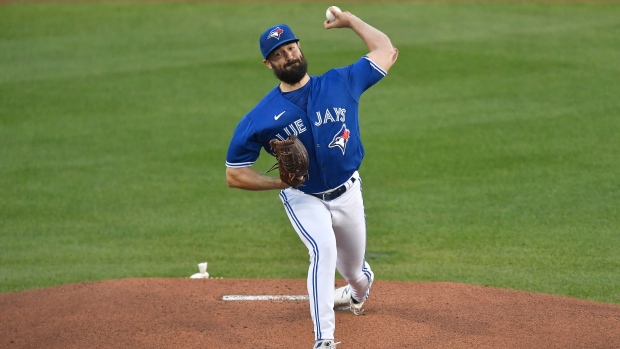 TORONTO - The Toronto Blue Jays agreed to terms on a US$8-million, one-year contract with left-hander Robbie Ray on Saturday.

He is the first of 181 free agents to get a new contract.

The 29-year-old starter was acquired in a trade with the Arizona Diamondbacks last August.

Ray accepted a 15 per cent cut from his $9.43-million, one-year deal with Arizona last year, which turned into $3,492,593 in prorated pay in the virus-shortened season.

His deal includes several bonus clauses, including $150,000 for winning the Cy Young award and $50,000 for being an all-star.

Over seven big-league seasons with the Blue Jays, Diamondbacks and Detroit Tigers, Ray has a 49-51 mark and 4.26 ERA.

This report by The Canadian Press was first published Nov. 7, 2020.