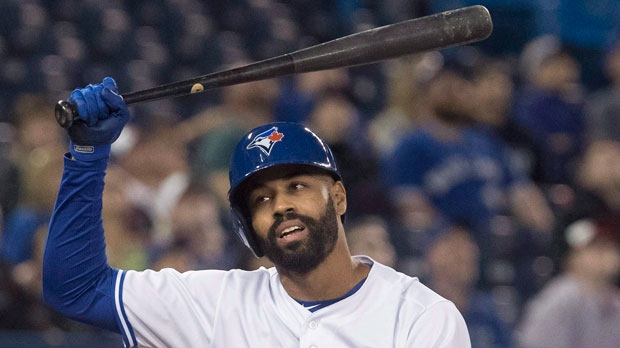 Toronto Blue Jays' Dalton Pompey strikes out in the ninth inning American League MLB baseball action against the Seattle Mariners in Toronto on Thursday May 10, 2018. THE CANADIAN PRESS/Fred Thornhill

TORONTO -- The Toronto Blue Jays have designated Canadian outfielder Dalton Pompey for assignment after reinstating him from the 60-day injured list.

Pompey is coming back from the third concussion of his career, sustained when he hit his head on some bats that had been placed on the top of his spring training locker in March, days before the regular season started.

The Blue Jays opted to expose the out-of-options player to be claimed on waivers instead of adding him to the 25-man roster. Toronto can return Pompey to the minor leagues if he clears waivers.

The 26-year-old from Mississauga, Ont., has played in 64 major-league games with Toronto since 2014, collecting 32 hits, three home runs, 10 runs batted in and eight stolen bases.