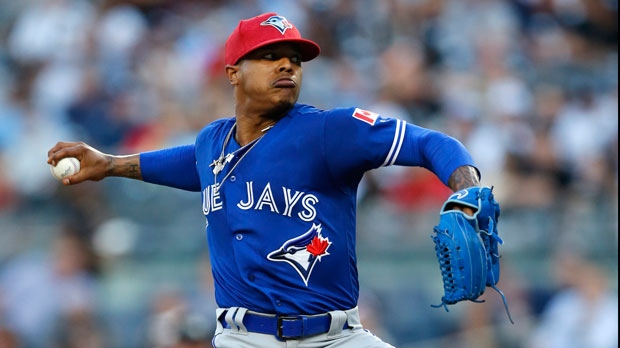 Toronto Blue Jays pitcher Marcus Stroman lost his salary arbitration case on Thursday, then turned to social media to voice his displeasure of the outcome.

Stroman received a raise from US$3.4 million to $6.5 million from arbitrators Edna Francis, Elizabeth Neumeier and Gary Kendellan instead of his $6.9 million request. The $400,000 difference was enough for him to take to Twitter.

"Lost arbitration case. Is what it is. Looking forward to going out and dealing again. The negative things that were said against me, by my own team, will never leave my mind. I'm thick-skinned so it will only fuel the fire. Can't wait for this year .HDMH," Stroman said in his first of numerous tweets, which was deleted soon after.

"I kill myself daily for my family, friends, fans, and teammates. Work ethic beyond elite. More of the same going forward. Less communication with anyone trying to take away from that. I'm turning all the way up this year .HDMH," Stroman said in another deleted tweet.

"Just being real. Not mad at all," he said in a follow up to his earlier tweets.

"I'm aware of the business. Just opens your eyes going through the arbitration process. Second time going through it. Still love my team and the entire country of Canada. More upset that I had to fly to AZ and miss my Monday workout. Lol."

Stroman also went through salary arbitration before the 2017 season and won that case. He responded much differently that time around.

"Excited to win my case. Really enjoyed the process. Shout out to my family @us--tla for always having my back. Always stay true to my day ones!," he tweeted on Feb. 14, 2017 before following up with: "Shout to the @BlueJays for being extremely professional throughout the entire process."

Stroman is eligible for free agency after the 2020 season.

Toronto closer Roberto Osuna also lost to the Blue Jays in arbitration earlier in February and will get $5.3 million instead of his $5.8 million request.