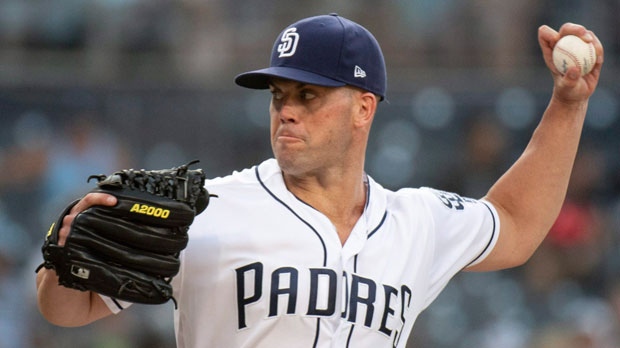 That cash will cover half of Richard's $3 million base salary in the final season of a $6 million, two-year contract.

Panas, 25, hit .232 with nine home runs, and 39 RBIs in 105 games last season for the New Hampshire Fisher Cats in the Class AA Eastern League The left-handed hitter from Toronto was selected by the Blue Jays in the ninth round of the 2015 draft.

The trade was announced Sunday.