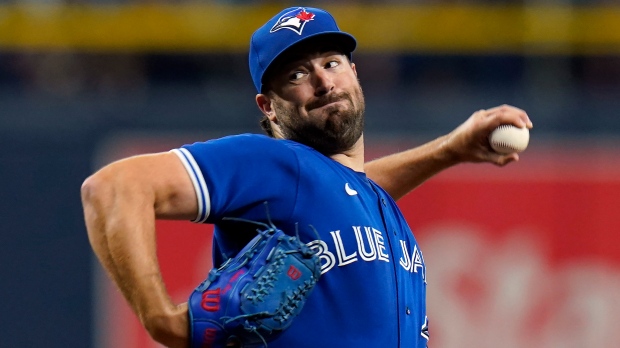 Reigning American League Cy Young winner has agreed to a five-year, US$115 million contract with the Seattle Mariners, according to multiple media reports.

ESPN's Jeff Passan and Ken Rosenthal of The Athletic were the first to report the deal.

Ray had a 13-7 record for the Toronto Blue Jays this past season with a 2.84 earned-run average and 248 strikeouts over 193.1 innings pitched.

His ERA was the best in Major League Baseball while his innings pitched and strikeout totals were the best in the American League.

That year was sharp turnaround after a dismal 2020 when he led the majors in walks and went 2-5 with a 6.62 ERA for the Arizona Diamondbacks and Blue Jays during the pandemic-shortened season.

The reports of Ray leaving the Blue Jays come a day after the Associated Press reported that Toronto had reached an agreement on a five-year, $110 million contract with right-hander Kevin Gausman.

Ray is the second pitcher from Toronto's 2021 staff to depart in free agency. The St. Louis Cardinals and Steven Matz finalized a $44 million, four-year contract Monday.

And according to reports on Sunday, Marcus Semien has agreed to a $175 million, seven-year deal with Texas after one stellar year in Toronto in which he was named a finalist for the AL most valuable player award.

This report by The Canadian Press was first published Nov. 29, 2021.