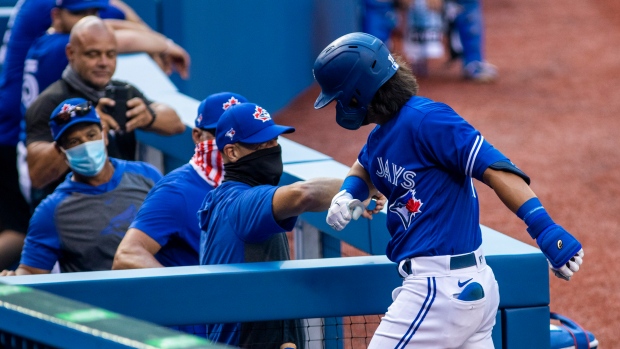 TORONTO - The Toronto Blue Jays will travel to Boston to face the Red Sox in pre-season games July 21 and 22.

They'll be the only two exhibition games for Toronto before the regular season starts July 24 at Tampa Bay.

The Blue Jays are currently holding training camp at Rogers Centre after the federal government granted the club approval to waive the 14-day quarantine rule during the COVID-19 pandemic. Players and staff are confined to the hotel inside the stadium along with the stadium itself.

The team still doesn't know if it will get the same approval for home games during the 60-game season. If the club is not allowed to play in Toronto, Blue Jays brass have said the team's spring-training site in Dunedin, Fla., is the most likely venue for the home games.