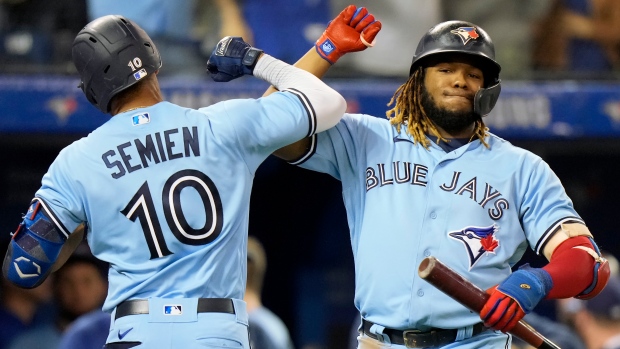 TORONTO - A trio of Toronto Blue Jays has been named to the all-MLB first team, recognizing their stellar 2021 seasons.

Guerrero finished the 2021 campaign with a .311 batting average, 111 runs batted in and tied for first in the American League with 48 home runs.

Semien hit .265 with 102 RBIs and set a single-season record for home runs by a first baseman with 45.

Ray ended the year with a 13-7 with a 2.84 earned-run average and won the Cy Young Award as the American League's best pitcher.