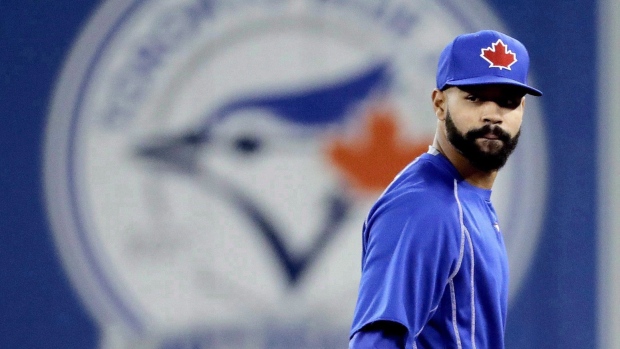 Toronto Blue Jays outfielder Dalton Pompey has been diagnosed with a concussion, the team said Friday.

Pompey was scratched from Toronto's lineup for Thursday's spring training game against Philadelphia after he bumped his head on a bat in his locker.

The Blue Jays say he underwent testing from team doctors on Thursday and will now be placed under Major League Baseball's concussion protocol.

The native of Mississauga, Ont., is batting .282 with a home run and seven runs batted in over 14 games this spring.