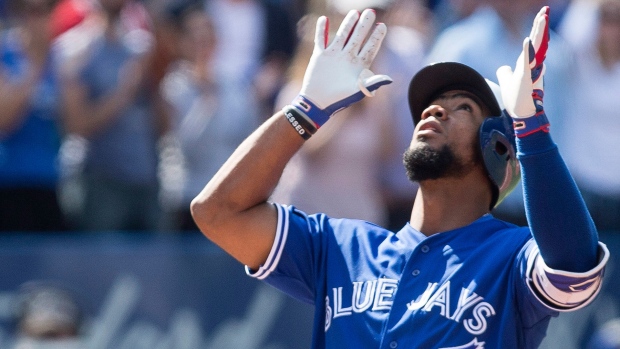 TORONTO - The Blue Jays have avoided arbitration with outfielder Teoscar Hernandez and right-hander Ross Stripling after signing them to one-year deals on Friday.

Hernandez's contract is for US$4.325 million, while Stripling will be paid $3 million.

Hernandez, 28, won his first Silver Slugger Award in 2020 as he tied for fifth in the American League with 16 home runs.

The Dominican also ranked seventh in the AL in slugging percentage (.579), seventh in OPS (.919), and tied for ninth in total bases (110) while tying for the Major League lead with seven outfield assists.

Stripling, 31, went 3-3 with a 5.84 ERA over nine starts and three relief appearances with the Los Angeles Dodgers and Blue Jays last season.