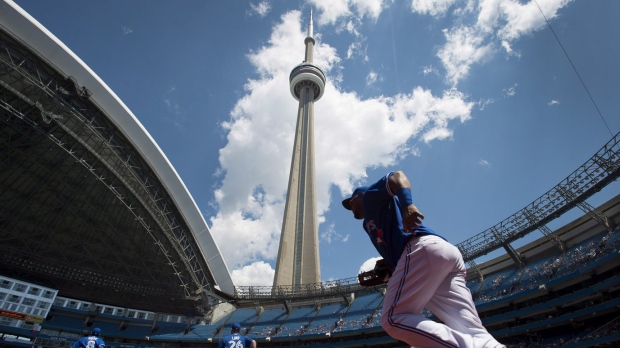 Members of the Toronto Blue Jays take to the field before MLB baseball action in Toronto on Saturday, May 24, 2014. THE CANADIAN PRESS/Darren Calabrese

The Toronto Blue Jays will stick with the same home game start times — with a few exceptions — for the 2023 regular season, the team said Tuesday.

The home schedule at the newly renovated Rogers Centre will kick off April 11 against the Detroit Tigers.

There will be a 4:07 p.m. Saturday start on June 24 against the Oakland Athletics and a 3:07 p.m. Sunday start for the regular-season finale on Oct. 1 against the Tampa Bay Rays.

Toronto finished second in the American League East division standings last season with a 92-70 record. The Blue Jays were swept in the AL wild-card playoff round by the Seattle Mariners.