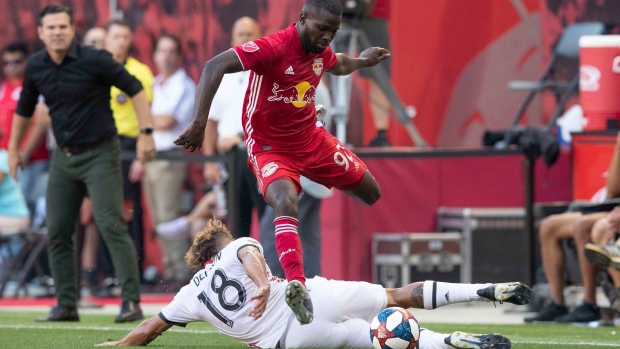 The 28-year-old played under Toronto FC GM Ali Curtis and coach Chris Armas during their time with the New York Red Bulls. Lawrence signed with Toronto through 2024.

"He's a fearless competitor, he has experience, and he immediately makes our team better," Curtis said in a statement. "Kemar is a lockdown wingback, and we are excited to get him going. Looking forward to he and his family planting roots in Orlando, and then Toronto. Very excited for Kemar to join is an understatement."

Prior to the last two seasons with Anderlecht, Lawrence spent five seasons with the Red Bulls, making 146 appearances in all competitions with five goals and 12 assists.

He won the Supporters' Shield with Armas as coach in 2018 when he was named to the MLS Best XI.

"I believe that we are a really good fit for Kemar and that he complements our roster well," said Armas. "He adds experience, intensity and a defensive presence that is fierce."

Prior to joining MLS, the five-foot-10, 161 pounder spent four seasons with Jamaica's Harbor View FC. He has won 60 caps internationally for his country.