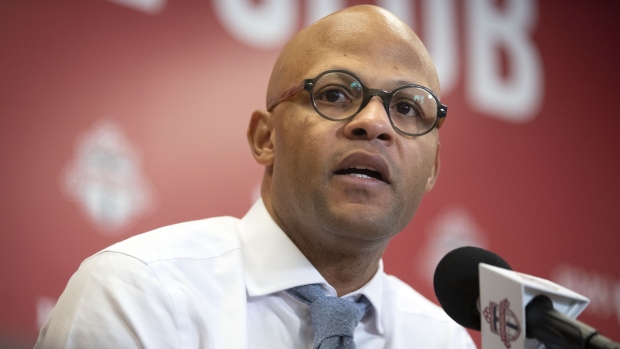 Former Toronto FC general manager Ali Curtis has been named senior vice-president of competition and operations of MLS Next Pro, a new 21-team developmental league set to kick off next year.

Toronto and Vancouver are two of 20 MLS teams that will field sides in the inaugural season. Rochester NY FC, formerly known as the Rochester Rhinos, will serve as an independent club co-owned by England international Jamie Vardy of Leicester City.

The new league is described as offering “young players and experienced professionals the opportunity to develop and showcase their talents while competing for an MLS Next Pro championship.”

Monday's news fleshes out details of the developmental league, originally announced in June.

The season will start in March and culminate in post-season play in September. Teams will each play 24 games with the top eight making the playoffs.

Charles Altchek, formerly MLS's senior vice-president of league growth and operations, has been named president of the new developmental league.

“Charles and Ali have the experience, enthusiasm and values to lead the growth and development of MLS NEXT Pro,” MLS commissioner Don Garber said in a statement. “They will partner with MLS-affiliated and independent teams to bring professional soccer to more communities throughout North America.”

Before joining MLS in 2014, Altchek worked for Goldman Sachs and in business development for the New York Red Bulls and New York Mets.

Curtis parted ways with Toronto in late November after a 6-18-10 season. Previously, he was sporting director for the Red Bulls and spent eight years in the league office as senior director of player relations and competition.

“I'm excited for the opportunity to join Charles in building and launching MLS Next Pro,” Curtis said in a statement. “MLS Next Pro will enhance the quality of all players, coaches, referees, and executives along the development pathway and it is an important step to the growth of the sport in North America leading up to the World Cup in 2026.”

This report by The Canadian Press was first published Dec. 6, 2021