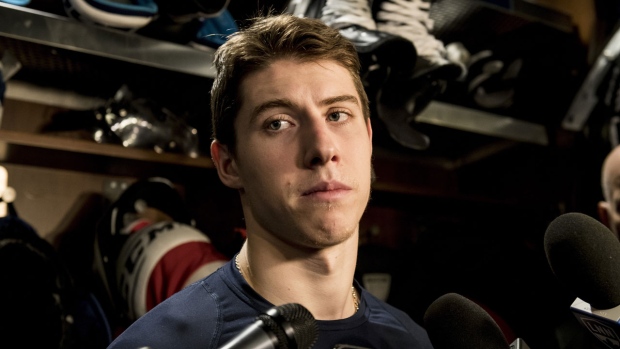 Toronto Maple Leafs right wing Mitch Marner speaks to reporters after a locker clean out at the Scotiabank Arena in Toronto, on Thursday, April 25, 2019. THE CANADIAN PRESS/Christopher Katsarov

Speaking at the NHL scouting combine Friday afternoon, Dubas said the Leafs and Marner's camp are much further along in the process than they were with William Nylander a year ago.

Also a restricted free agent, Nylander wound up missing the first two months of the 2018-19 schedule because of a contract stalemate before signing a new deal on Dec. 1.

Dubas said after the Leafs were eliminated in the first round of the playoffs by the Boston Bruins in April that he learned lessons from the Nylander negotiation -- including not setting the player up for success -- and wouldn't go down the same path with Marner.