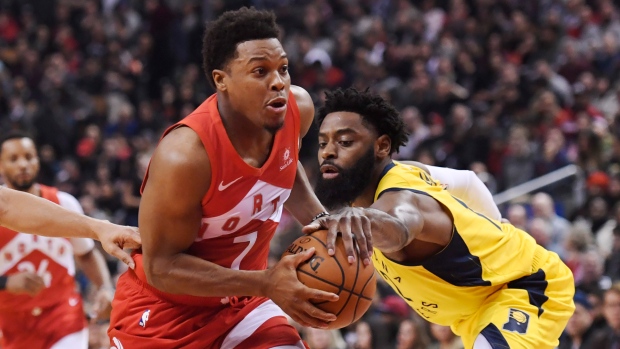 TORONTO -- Kyle Lowry's wonky ankle kept him out of the Toronto Raptors' lineup for Thursday's game against the Los Angeles Lakers.

But Danny Green was good to go. Lowry and Green had both been listed as questionable with left ankle sprains.

Jeremy Lin was handed the starting assignment at point guard in Lowry's absence.

Lowry did not finish out Monday's loss in Cleveland due to the ankle injury.

In other news, the Raptors signed forward-centre Eric Moreland to a 10-day contract Thursday.

The 27-year-old from Houston signed as a free agent with Phoenix on Dec. 10 and appeared in one game before being waived Jan. 3. Before that, Moreland played two games for the 2018 USA World Cup qualifying team during the second round.

The former Oregon State Beaver has played 79 regular-season games in the NBA with Sacramento, Detroit and Phoenix.