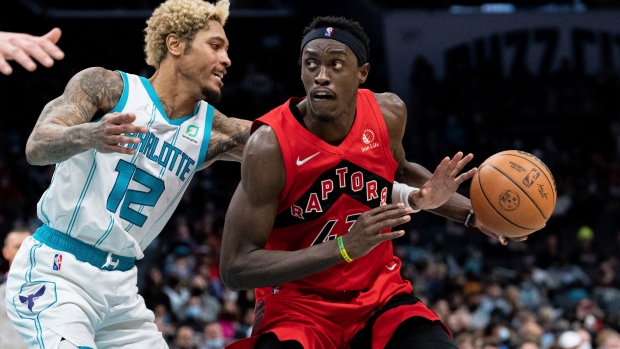 The All-NBA all-star team was unveiled Tuesday with Milwaukee Bucks forward Giannis Antetokounmpo the only player to receive votes on all 100 ballots.

The NBA also announced that Toronto Raptors' forward Pascal Siakam has been named to the All-NBA third team. Siakam earned All-NBA honours for the second time in his career. He was named to the second team after the 2019-20 campaign

A native of Cameroon, Siakam was one of only five players in the NBA to average 22 points, eight rebounds and five assists per game, along with Antetokounmpo, Doncic, Jokic and LeBron James. He became the first player in Raptors history to average 22-8-5 for an entire season.

The 2021-22 All-NBA team was selected by a global panel of 100 sportswriters and broadcasters.

This report by The Canadian Press was first published May 24, 2022