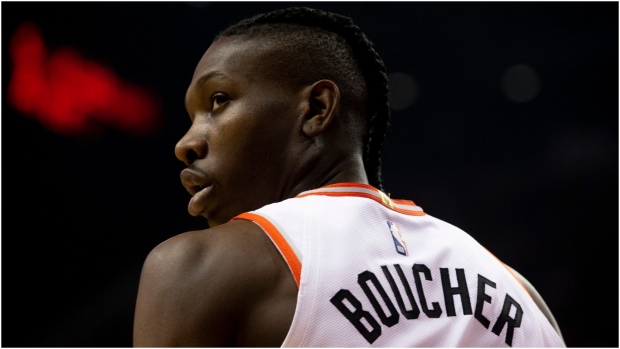 A member of the Toronto Raptors is apologizing after he was seen shopping for groceries while under a team-mandated quarantine.

“A few days ago, I broke our team-mandated self-quarantine,” Chris Boucher said in a post to Instagram Monday night. “I want to apologize to the city of Toronto, our fans and the Raptors organization.” 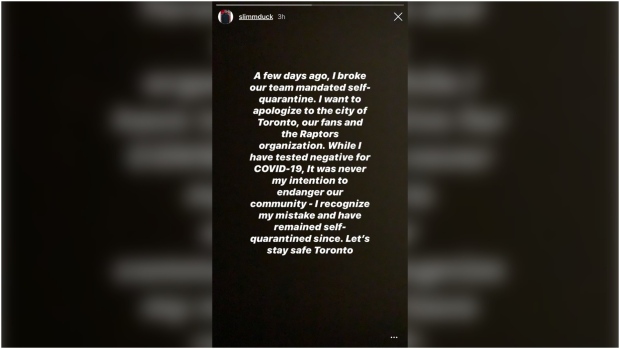 On Thursday, the Raptors said that the players, coaches and travelling staff had been advised to go into self-isolation for 14 days after playing against a Utah Jazz player on Monday who tested positive for COVID-19.

The affected members of the organization were tested for the virus and received a clean bill of health on Saturday. However, the team said that the negative test results would not change their protocols, and those asked to self-isolate by Toronto Public Health would continue to do so.

In a statement to CTV News Toronto, the Toronto Raptors said that Boucher is “extremely regretful” about the incident.

“He has been told to self-monitor for any symptoms. However, he broke protocol,” Toronto Raptors Communications Manager Phil Summers said.

Boucher went on to say in his statement that it was never his intention to endanger his community.

“I recognize my mistake and have remained self-quarantined since. Let’s stay safe Toronto.”

Toronto played the Jazz in Salt Lake City on Monday, the team's last game before the season was halted. Gobert and Mitchell both played in that game.

NBA commissioner Adam Silver said Thursday night that the league's hiatus because of the coronavirus pandemic will likely last at least a month, or roughly what would have been the remainder of an uninterrupted regular season.