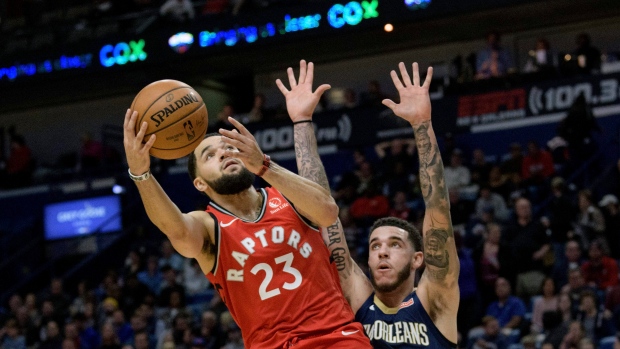 TORONTO - The Toronto Raptors will play host to the New Orleans Pelicans on Dec. 23 in their NBA season opener in their temporary home of Tampa, Fla.

The league unveiled the first half of its schedule on Friday.

Amalie Arena will be the Raptors' home for at least the first half of their 72-game schedule because of border restrictions during the COVID-19 pandemic.

It marks the 11th time in the past 12 seasons the Raptors start the year with a home game. The Raptors also opened against New Orleans last year in Toronto.

The schedule incorporates steps to reduce travel, including the use of a “series” model. In some instances where a team is scheduled to play twice in one market, those games have been scheduled to be played consecutively.

Each team will play an average of four series in the first half.

Toronto has five series in the first half, starting Jan. 14 and 16 against visiting Charlotte.

The Raptors' first road game is Dec. 26 in San Antonio against the Spurs.

Toronto faces Boston for the first time since losing to the Celtics in Game 7 of an Eastern Conference semifinal last season on Jan. 4 in Tampa. After that game, the Raptors begin a four-game west coast trip.