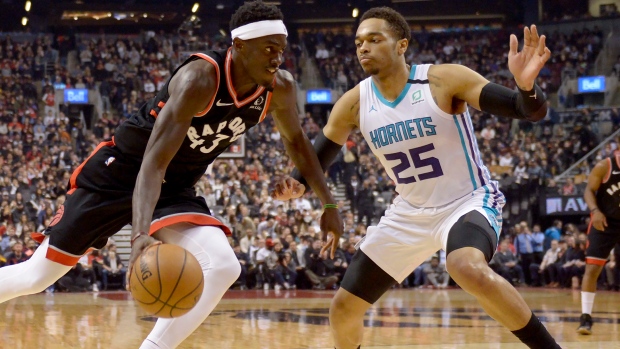 The new-look Toronto Raptors will open their three-game NBA pre-season in Charlotte.

The Raptors are on the road against the Hornets Dec. 12 and 14, and then face the Miami Heat in a “home” game on Dec. 18 to round out their three-game pre-season.

Due to Canada's restrictions around COVID-19, the Raptors are playing their home games for at least part of the season at Amalie Arena in Tampa, Fla.

The Raptors made some key changes in recent days, signing New Zealand-born Aussie centre Aron Baynes after losing Marc Gasol and Serge Ibaka in free agency. Other newcomers include rookie guards Malachi Flynn and Jalen Harris, who were selected No. 29 and 59 in the recent NBA draft.

Releasing the schedule in two parts allows the league to reschedule any games postponed due to COVID-19.