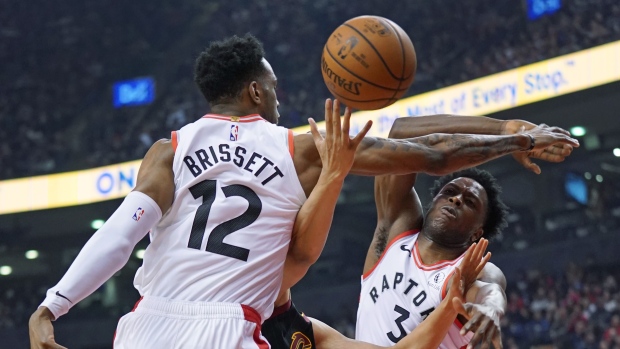 TORONTO -- Canadian Oshae Brissett has signed a multi-year extension and the Toronto Raptors have finalized their 20-player roster for training camp in Tampa, Fla.

Brissett, a restricted free agent forward from Mississauga, Ont., split time between the Raptors and Raptors 905 of the G League last season.

The Syracuse product averaged 1.9 points in 19 games with the NBA team.

Ellenson played five games for the Brooklyn Nets last season. He also has played for Detroit and New York since entering the league in 2017.