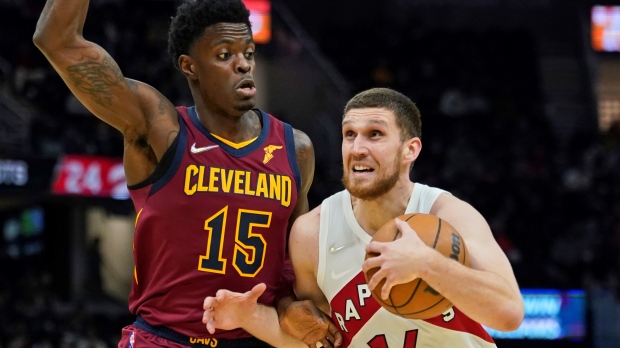 The move frees up a roster spot and potentially makes room for guard Jalen Harris, who was recently reinstated by the NBA and the National Basketball Players Association after serving a one-year suspension for a positive drug test.

The Raptors hold Harris's rights as a restricted free agent, but the team had previously been at the maximum 20 players allowed heading into training camp.

Mykhailiuk, a native of Ukraine, averaged 4.6 points and 1.6 rebounds in 56 appearances for the Raptors.

He had exercised his US$1.9-million player option for the upcoming season.

Harris, meanwhile, was suspended on July 1, 2021, after testing positive for a prohibited substance under the NBA/NBPA anti-drug program.

The 24-year-old Dallas native spent the past few months playing for the expansion Scarborough Shooting Stars of the Canadian Elite Basketball League.