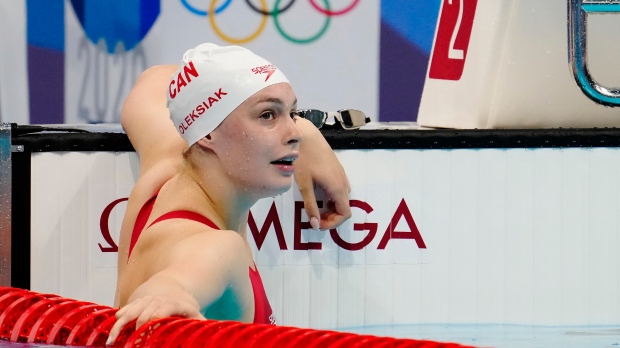 TOKYO -- Penny Oleksiak has finished fourth in the women's 100-metre freestyle at the Tokyo Olympics.

It's a disappointing finish for Oleksiak, who took gold in the 100m freestyle at the Rio Games in 2016.

She had also been looking for her third medal in Tokyo and seventh of her career, which would make her Canada's most decorated Olympian.

The 21-year-old will have another shot at that title on Sunday when she races in the women's medley relay.