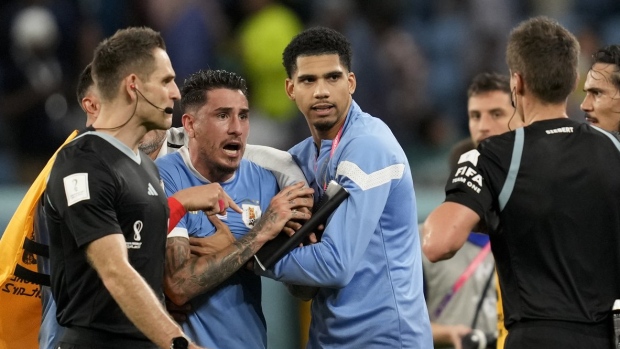 DOHA, Qatar (AP) — Four Uruguay players were charged with offensive behavior by FIFA on Monday for their angry pursuit of the referee after being eliminated from the World Cup.

The Uruguay team thought it should been awarded a penalty kick in stoppage time of its 2-0 victory over Ghana on Friday. One more goal would have sent Uruguay to the round of 16 instead of South Korea.

Cavani, Godín and Muslera were each playing at their fourth World Cup and Giménez was at this third.

They were among a group of players who confronted German referee Daniel Siebert after the final whistle at Al Janoub Stadium.

FIFA did not specify a timetable for its disciplinary committee to rule on the cases.