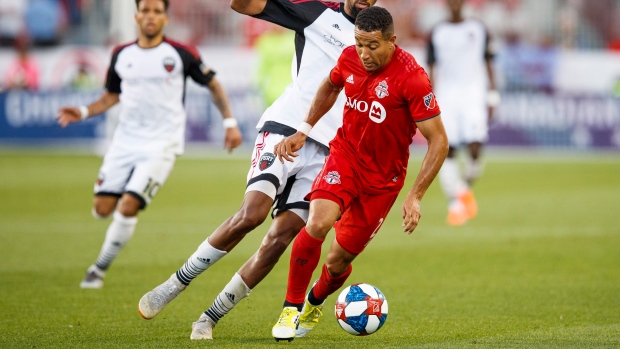 TORONTO -- Veteran fullback Justin Morrow, second only to Jonathan Osorio in games played for Toronto FC, says he is retiring at the end of the 2021 season.

The 33-year-old from Cleveland is in his eighth campaign with TFC. He has appeared in 246 matches for the club in all competitions, behind Osorio's 280.

"Both on and off the field, Justin has been a model professional," Toronto president Bill Manning said in a statement Thursday. "He will retire as one of the best players to ever wear a TFC jersey, a gentleman and a great family man who gave everything he had for the club and the city."

In many ways, Morrow has been the conscience of the franchise. The former U.S. international, who signed a new contract in February covering the 2021 season, doubles as executive director of Black Players for Change.

In announcing the new deal, general manager Ali Curtis said Morrow's "versatility on the field, veteran presence in the locker room and overall leadership on and off the field have been critical for the club for a long time."

When healthy, Morrow is a reliable, hard-working performer with skills at both ends of the pitch. He is the senior member of TFC's fullback ranks, which include Kemar Lawrence, Richie Laryea and Brazil's Auro.

He has scored 18 goals and 20 added assists in Toronto colours.

Morrow has appeared in 14 league games this season, including six starts.

Named to the 2017 MLS Best XI, Morrow became the second TFC player to score a hat trick, in a 4-2 win over the New York Red Bulls in September 2017. The win earned Toronto the Supporters' Shield that goes to the team with the best regular-season record.

Toronto, which had already won the Canadian Championship, went on to win the MLS Cup that year.

Originally taken in the second round (28th overall) of the 2010 MLS SuperDraft by San Jose, Morrow made 73 appearances for the Earthquakes before coming north in a December 2013 trade.

Morrow, who played collegiately at Notre Dame, also helped Toronto to the 2016 and 2018 Canadian Championships, secure the 2016, 2017 and 2019 MLS Eastern Conference championship, and was part of the team that finished runners-up in the 2018 CONCACAF Champions League .

He is one of just four players to have made more than 200 appearances for TFC, along with Osorio, captain Michael Bradley and Mark Delgado.

Over his career, Morrow has made 289 combined appearances (MLS regular season and MLS Cup playoffs) for TFC and San Jose, and earned four caps for the U.S.

"Justin has had an exceptional career," said Curtis. "He has been the type of player that gives everything he has and more -- to his teammates, coaches, the environment, and the fans. I am so happy that I had the chance to work with him, and get to know him.

"And, while his contributions on the field have been important over the years, I believe his greatest contributions will be off the field in the years to come. We have seen a glimpse of that in his role with Black Players for Change, but I really feel he has a bright future."

This report by The Canadian Press was first published Sept. 16, 2021