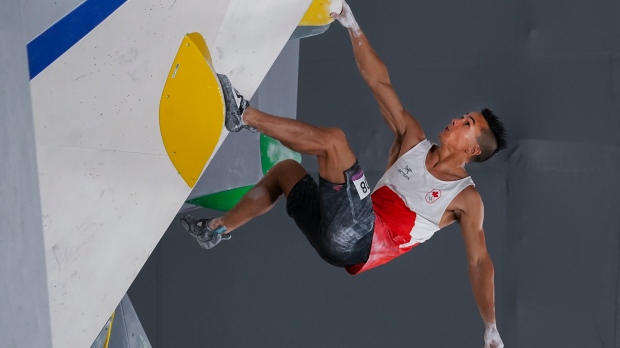 TOKYO - What Canada Did on Wednesday at the 2020 Tokyo summer Olympic games (distances in metres):

Women's 400 - Kyra Constantine of Brampton, Ont., placed 15th overall in the quarterfinals at 51.22 seconds, did not advance.

Women's 1,500 - Gabriela DeBues-Stafford, Toronto, qualified for the final after placing third in her semifinal heat with a season-best 3:58.28; her sister, Lucia Stafford, also Toronto, ran a personal-best 4:02.12, but her time was not fast enough to advance.

Women's heptathlon - Georgia Ellenwood, Langley, B.C., who had a personal-best mark of 1.83 in the high jump, stands 15th overall after the opening four events with 3,690 points.

Jumping - Mario Deslauriers, Bromont, Que., aboard Bardolina 2, incurred 13 penalties and finished 22nd with a time of 88.51.

Women - Brooke Henderson of Smiths Falls, Ont., and Alena Sharp, Hamilton, both carded three-over-par 74s in the opening round and are eight shots behind the leader.

Women's combined - Alannah Yip, North Vancouver, B.C., was sixth-fastest in the speed event (7.99 seconds), 16th in bouldering and 12th in lead to finish 14th overall in qualifying with 1,152, did not advance.

Women's duet - Claudia Holzner, Calgary, and Jacqueline Simoneau, Saint-Laurent, Que., were fifth in the free routine with 93.00 points and placed fifth overall for the event (184.4798).