Wimbledon CEO to leave after 2020 tournament 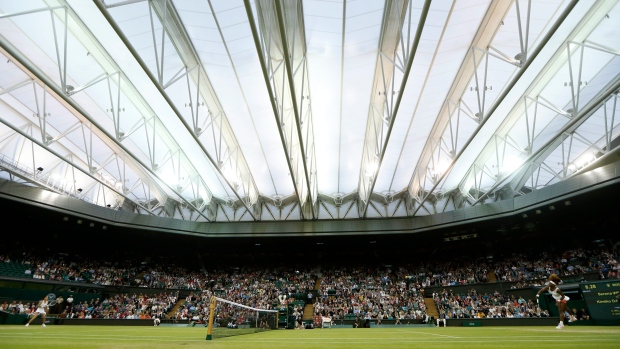 Serena Williams of the United States, right, serves to Kimiko Date-Krumm of Japan during their Women's singles match at the All England Lawn Tennis Championships in Wimbledon, London, Saturday, June 29, 2013. (AP Photo/Sang Tan)

WIMBLEDON, England -- The chief executive of Wimbledon says he will step down after eight years in the role.

Richard Lewis will leave after next year's grass-court Grand Slam event at the All England Club.

The departure of Lewis, who joined as CEO in 2012, coincides with the handover of the role of Wimbledon chairman from Philip Brook to Ian Hewitt.

Under Lewis there was a 160% increase in player prize money, Court No. 1 was rebuilt and the grass-court season was extended.

Brook says Lewis has delivered "a phenomenal period of change that will long be recognized in our history."