TORONTO - Geena Davis, Susan Sarandon, Olympia Dukakis, and Gena Rowlands are among the stars booked for a summer schedule of talks and screenings at TIFF Bell Lightbox.

Meanwhile, Carter introduces another Jewison film, "The Hurricane," on Aug. 20. It's based on Carter's wrongful, two-decade incarceration and ultimate exoneration.

Rowlands takes the stage for a look at her collaboration with John Cassavetes on July 14. She will also introduce screenings of "A Woman Under the Influence" on July 14 and "Faces" on July 15.

Davis and Sarandon will appear at a special screening of "Thelma & Louise" to mark the 20th anniversary of the landmark film. The event is open to Lightbox members only. 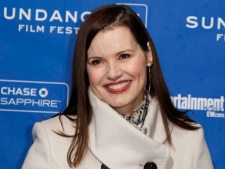