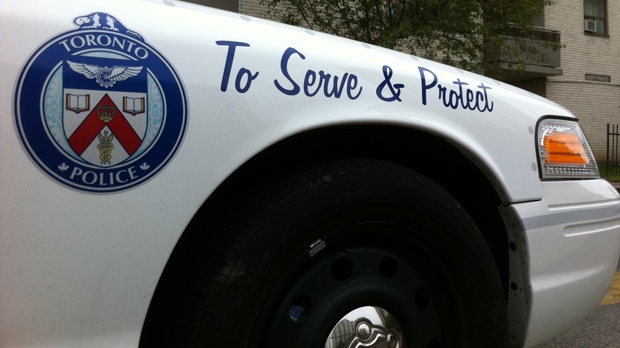 A Toronto police cruiser is pictured in this file photo. (CP24/Tom Stefanac)

A 37-year-old high school teacher has been charged in connection with the alleged sexual assault of a student.

Police allege that a female student was sexually assaulted by a man in February.

A suspect, identified by police as a school teacher at Leaside High School, located at 200 Hanna Rd., was arrested Wednesday.

In a letter sent home to parents Wednesday, school principal Jeannette Plonka said the school is co-operating with the ongoing police investigation and that the teacher has been suspended while the case goes before the courts.

“Upon learning of the allegations, staff acted immediately to send the employee home and call appropriate contacts, both at the Toronto District School Board (TDSB) and outside the TDSB,” the letter reads.

“While it is important to remember that laying criminal charges does not constitute guilt, and that a person is innocent until proven guilty in a court of law, we also cannot and do not take these allegations lightly,” it continues.

A team of social workers and counsellors will be available for students on Thursday and Friday, the letter adds.

A special meeting for parents has been scheduled for April 11 at 6 p.m. in the school’s library.

A suspect, identified by police as Toronto resident Wayne Crooks, is charged with sexual assault.

He is scheduled to appear in court on May 27.