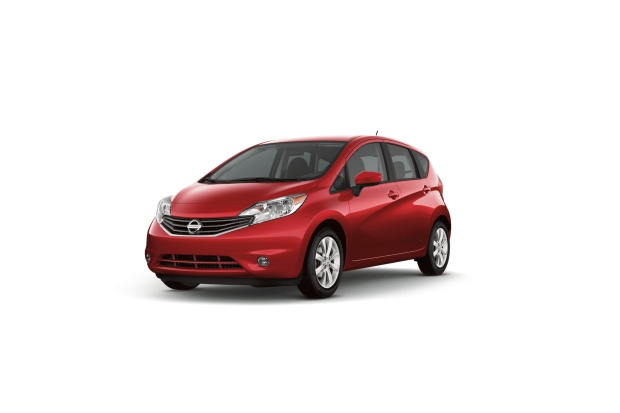 When the latest Versa Sedan burst onto the scene, it wasn’t exactly met with a warm reception from the automotive press. In a way, it’s not hard to see why. It seems that Nissan’s designers were too focused on rear seat space and rock-bottom pricing to give the Versa Sedan any sense of style. It is an utterly tragic looking thing, which is especially sad when you consider that the only reason the Versa Sedan is even offered is because North Americans generally prefer the “look” of a sedan over a hatchback. So much for looks.

Fortunately though, Nissan has rectified the situation by bringing us the Versa Note hatchback, and immediately, you can see the improvement. The hatchback body translates onto the subcompact platform much better than the sedan body does. Overall, it’s a much more palatable package, and there’s much to like about it.

One of the Versa Note’s main attractions is its surprisingly spacious interior. With measurements that top just about anything in the subcompact class, the airy cabin feels like it has been hollowed out to the extreme. Even with two tall adults sitting up front, there’s an astonishing amount of legroom for two more in the backseat.

It’s quite the gas sipper as well. I averaged around 7.0L/100km in a mixture of city and highway driving, however, as little as 5.0L/100km was doable on the highway alone. That’s the kind of fuel economy that makes you wonder why some hybrids even exist.

If you’re beginning to think that the Versa Note makes good economic sense, you’d be right. Prices start at $13,348 for a manual transmission stripper model, but for an MSRP of $16,298, you can get yourself an automatic equipped, midrange model with air conditioning, remote entry, cruise control, and a leather wrapped steering wheel. For an extra $680, you can even throw in a backup camera, USB port, and a clever adjustable rear floor. In some ways, you get what you pay for, especially when you look at the interior plastics, which look and feel as though they’re made of melted down cassette tapes. But even so, with pricing like that, who is going to complain?

On paper then, the Versa Note appears to be one of the most sensible cars you can buy. Unfortunately, there are few problems that go beyond the unsightly plastics. It seems that Nissan was so preoccupied with making their small hatchback a spec sheet star that they completely forgot to make it a proper driving car.

Like other Nissans, the Versa Note offers a gearless continuously variable transmission, or CVT, in place of a regular automatic, which is good for fuel economy, but not much else. Things aren’t so bad if you go easy on the gas pedal and accept that every bicyclist will probably pass you as you move along. But if you go searching for power, you’ll find that there’s none to be had. Instead, the CVT launches the engine to around 5000rpm where it’s noisier than a steel factory, and holds it there as the rest of the car struggles to catch up to speed. All I kept thinking in the midst of the noise was: “Is this car really from the same company that brought us the GT-R?”

The Versa Note rides and handles well enough for a car costing under 20 grand, but as a refined driving instrument, there’s nothing here that will really impress. It sounds like I’m having a downer on this car, which might be unfair. For many, it ticks a lot of important must-haves. And if your only concern is to go from point A to point B as cheaply as possible, it’s not a bad way to go. The Honda Fit and Ford Fiesta, however, accomplish the same tasks and are both much more enjoyable to drive. Either one would be my hatchback of choice; that is, until Nissan decides to throw a bit of GT-R DNA into the Versa Note recipe.

The Versa Note doesn’t make much of an effort at being cheerful, or even interesting, to drive. The handling feels soft and wobbly when explored to any great extent. And the steering is so limp and lifeless that it barely feels attached to anything. Everything about its controls and reflexes suggests that it was designed to be more like a piece of silly putty than a honed in driving tool. But worse than all of this is the drivetrain. 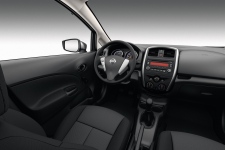 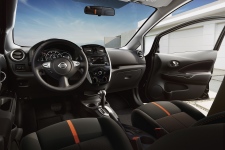