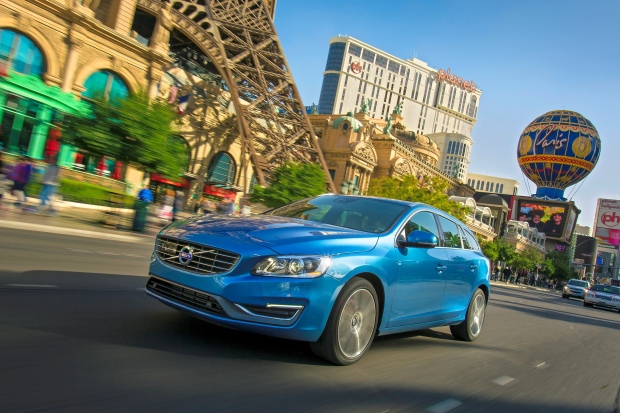 It has practically become an automotive cliché to say that Volvo’s have been synonymous with boxy looks and safety, but for as long as I can remember, that’s what they’ve been. Today though, boxy looks have gone the way of the dodo bird. And if you take a close look at the IIHS top safety picks, you’ll know that the highest rated cars in terms of passive safety are not just Volvo’s, but Subaru’s and Chevy’s too. So what then defines Volvo in the modern era?

Well, the other trait that has always characterized Volvo’s has been their unashamed devotion to station wagons. Indeed, despite the consumer trend towards crossovers and other jacked-up variants, Volvo remains committed to the body style abandoned by many other manufacturers.

After spending a week in the V60 T6 R-Design Sportswagon, it’s not hard to see why. The V60 offers a compelling blend of sport sedan performance and maneuverability, mixed with hatchback versatility and sensibility.

As far as performance is concerned, the V60 is the best drag racing wagon on the market. That’s largely due to the fact that it’s the only wagon available with more than 4 cylinders. In T6 trim, the engine is a Polestar-tuned, turbocharged inline-6 that produces 325hp and a meaty 354lb-ft of torque. Combined with sport suspension and all-wheel drive, there’s enough performance on tap to keep you entertained on even the most routine drives.

Styling wise, the V60 picks up on the S60’s handsome design, but with a sleek-looking wagon profile from the A-pillar back. Inside, things are just as pleasant, with crisp, modern instrument graphics, quality materials, and some of the most comfortable seats on the market. Some of the features, like the phone functions and active safety systems, are a breeze to use. Others, however, like the sound system controls, are rather fiddly and unintuitive. One nice interior touch is a retractable trunk divider that holds your things in place when the spacious trunk isn’t filled to capacity.

All things considered, the V60 has enough going for it to hold its head up high against its equally attractive competitors, the Audi A4 Allroad and BMW 328i xDrive Touring, the latter of which is also offered in a super-efficient diesel model. A bit further downmarket is the Subaru Outback 3.6R, which is not quite equal to the Volvo in terms of premium qualities, but is rated just as high in terms of safety, and higher still in terms of long-term reliability.

Where the V60 really stands out above the competition is pricing. A 4-cylinder T5 model easily undercuts the equivalent Audi or BMW. And the thrilling T6 model just about matches them on price, while leapfrogging them in straight line performance. Does the world really need a fast Volvo wagon? Probably not. But the fact that it has one is reason to celebrate. 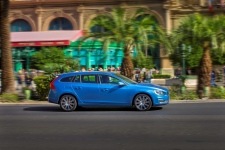 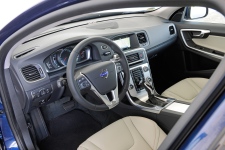