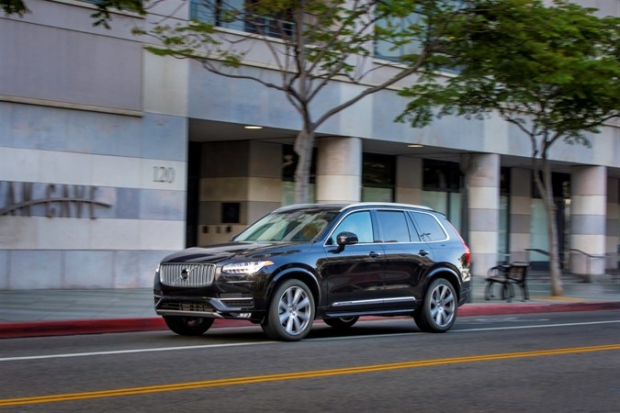 Despite lacking the flair of many of its rivals, the XC90 is a crossover that has always done very well for Volvo, and it’s not hard to understand why. While Land Rover was busy designing the Range Rover to scale the Amazon, and BMW the X5 to set Nurburgring lap times, Volvo was quietly perfecting the things that arguably matter most to SUV buyers, like safety and spaciousness. The new 2016 XC90 reinvents the family-friendly package with a whole new design and a heavy investment in technology.

Although Volvo has long been known as a leader when it comes to safety, their knowledge of the needs of the modern family is nearly as impressive. The XC90 is one of the few large crossovers on the market that can actually carry seven humans in comfort for an extended period of time, and still have plenty of room for things in the trunk. If you have a family with a handful of children, this is your ride.

The interior is attractive and a nice place to spend time. The controls are fairly straightforward to use as well, thanks to a large, Tesla-inspired, touchscreen that’s very tablet-like in its operation. The tile-based controls are large and responsive to inputs. Be sure to keep a wipe and cleaner handy, however, as it accumulates annoying fingerprints in no time. 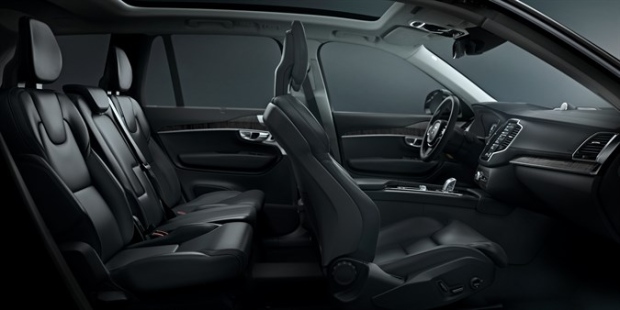 The XC90 gets a perfect score from the IIHS for its ability to withstand an impact. In terms of active safety, just about every modern safety technology is on offer, including Blind Spot monitoring with Cross Traffic Alert, Lane Departure Warning with auto steer, Pedestrian and Cyclist Detection, and Automatic Emergency Braking. I found most of these systems to operate seamlessly, aside from the Lane Departure Warning that vibrates the steering wheel a little too frequently.

Out on the road, the XC90 impresses with its smooth ride, potent engine, and refined stop-start system, the only such system I’ve ever experienced that isn’t utterly irritating.  The handling is nothing to brag about, but it won’t fall on its face either if a quick high speed maneuver is needed.

Fuel economy for the week landed at roughly 13.0L/100km, which is a little disappointing given that the XC90 is equipped with a new, very advanced turbocharged and supercharged 4-cylinder engine. I don’t really see the benefit in going with such a complicated engine when the efficiency merely matches that of a traditional V6. The XC90 is also available in a plug-in hybrid configuration, which offers more power and a dedicated electric range of about 35 kilometres.

The XC90 has a starting MSRP of $60,700, and can go over 80 grand when loaded up with options. That makes it a better value than its European competitors such as the Range Rover Sport, Audi Q7, and BMW X5, but pricier than Japanese offerings like the Infiniti QX60 and Acura MDX. Still, the XC90 should make sense to buyers looking for high levels of practicality, safety, and technology in an upscale package.