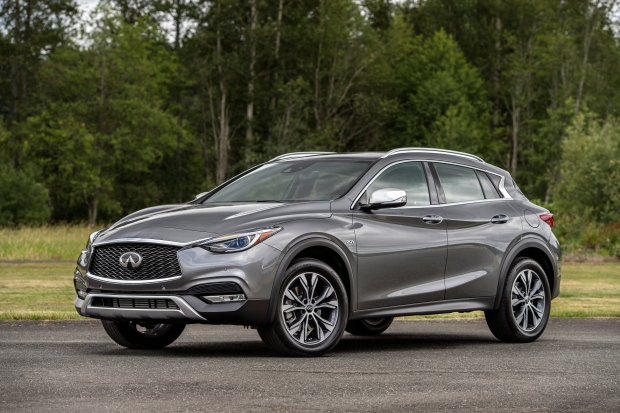 One growing trend in the auto industry is automakers collaborating on new cars. Often this is a great thing, because each automaker contributes its talents to create a best of both worlds product. A great example of this is the Fiat 124 Spider, which was co-designed by Fiat and Mazda. It is widely accepted that the Japanese are the experts when it comes to build quality and reliability, and the Europeans are the experts at design, character, and feel-good factor. Naturally then, the design of the 124 Spider was left to Fiat and most of the parts come from Mazda. What’s not to like?

Infiniti has adopted a similar formula with the QX30 crossover, only here things are the other way around. What Infiniti has done is take charge of the design, and source the chassis, drivetrain, and much of the electronics and interior bits from Mercedes. More specifically, the Mercedes GLA250. Now this is a bit concerning, mostly because a quick search through a credible source like Consumer Reports will show that the GLA isn’t exactly a shining example of stellar build quality. No surprise really. You just don’t hear people say: “What I want is a car with Japanese styling, but made from European parts.”

Infiniti’s thinking behind this collaboration really only starts to make sense once you take a good look at the QX30, because damn it’s pretty. The sheet metal has all sorts of nice curves and styling touches that, together, make this one of the most attractive small crossovers on the market. It’s the same story on the inside, where all of the shared Mercedes bits really pay off in creating a beautiful cabin. Everything from the dash stitching, to the micro-suede headliner, to the comfortable Nappa leather seats say premium all over. I think it even has a nicer interior than the larger, more expensive, Q50, which comes off as a bit plain by comparison. 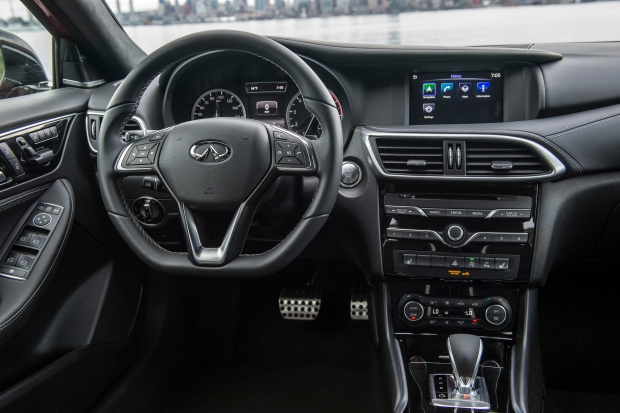 Infiniti is calling the QX30 a crossover, but really it’s more of a slightly-lifted hatchback. The cargo area is on the small size. The back seats are quite tight for the taller among us. And the driving position is lower than that of other crossovers. The all-wheel drive model, however, sits slightly higher than both the Base and Sport front-wheel drive models to help give off that burly crossover look that consumers go crazy for. It’s a bit of visual trickery, but one that many crossover shoppers will likely fall for.

As previously mentioned, the drivetrain and chassis are from the Mercedes GLA. Infiniti, however, has polished up pretty much everything to their liking. The cabin is hushed from road noise and the suspension is compliant, yet taut enough to handle spirited cornering maneuvers. The 2.0L turbocharged engine didn’t strike me as anything special, but it’s powerful enough and gets the job done. The 7-speed dual-clutch automatic is a tad jerky at low speeds, but that’s somewhat common with this type of gearbox. Fuel economy for the week landed at 10.5L/100km of mostly city driving.

The QX30 isn’t lacking competition. Rivals include the Buick Encore, Audi Q3 and, of course, its European cousin, the Mercedes GLA. I think that the Infiniti, however, is the nicest of the lot. The BMW X1 is solid alternative with a nicer drive and far more interior space. Compared to the Infiniti, however, it’s a little more run-of-the-mill and not as nice to look at. Exclusivity and styling matter in this segment. If they didn’t, everyone would just be buying HR-Vs. As far as luxury variants go, the QX30 is one of the stronger offerings, and certainly a better pick than the GLA. Let’s hope that the Infiniti quality is more than just skin deep.