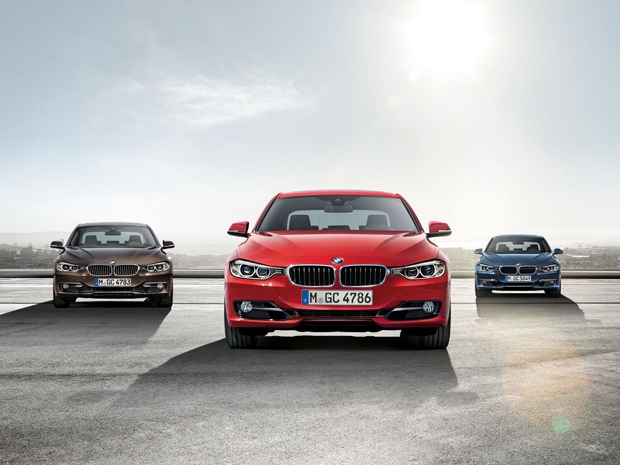 If you have forty grand or so to spend on a sensible family car, you’ve got about as many options as you do when ordering a drink from Starbucks. On the one hand, you could go for a top spec contemporary model, such as a Ford Fusion Titanium, complete with enough gadgets to rival a Mercedes S-Class (well…almost). On the other hand, you could be a little bold and make the stretch to an entry level luxury offering, such as the BMW 320i. Compared with the contemporaries, the BMW will be anything but cheap to own over the long-haul. But there’s a price to be paid when you’re the class standard by which all premium sport sedans are judged. In terms of refinement, balance, and engineering, the 3-Series is a pure masterpiece.

Above all, the 3-Series has always been about delivering a superlative driving experience. Indeed, in that regard, you could do a lot worse than the 320i. Regardless of the speed you’re carrying or the condition of the road you’re traveling on, it always feels agile, composed, and well-sorted. Best of all, its impressive handling abilities are matched with equally impressive ride quality, solidity, and general refinement. That’s the magic of the 3-Series. It feels just as happy being thrown around corners as it does handling typical family car duties.

There is, however, still room for improvement. The steering, though accurate and responsive, is disappointingly numb and artificial feeling for a car with sporty pretensions. Especially when compared to excellent steering feel offered in BMW’s other models, such as the 1-Series or Mini Cooper. It feels especially sedated in the efficiency-optimized Eco Pro driving mode. Eco Pro works great for hypermiling and stop-and-go traffic, but it makes the 320i feel like it’s on horse tranquilizers. The default Comfort mode is fine for normal driving, but Sport mode is the one that feels just right. It gives the whole car the shot of adrenaline it so desperately needs in the other two modes to remind it that, first and foremost, it’s a sports sedan.

The balance between efficiency and performance is probably better realized by the 320i’s 4-cylinder engine. Thanks largely to turbocharging technology, it always feels plenty powerful and, thanks to the outstanding 8-speed automatic transmission it’s paired with, delivers rather impressive fuel economy figures of up to 6.0L/100km in real world driving. That sounds like the perfect combo, and it would be if the engine had a more refined idle and engine stop/start system.  Though the latter can be solved with a simple off button. Sadly, it’s also not quite as smooth, characterful, or aurally pleasing as the naturally-aspirated inline-6 engine it replaces. Then again, not many engines are. Given the choice, I’d upgrade to the 335i and its more sensually pleasing turbo inline-6, an engine that may very well be one of the best in the world.

The rest of the 320i package, however, is as pleasing as any other 3-Series, from the simple, yet elegant, design, to the well thought out, spacious interior. Shoppers who are used to the more value-oriented lower-tier brands may be surprised by the $35,990, 320i’s comparably lacking standard equipment. For the bargain price of $2800, however, the Sport Line package will bring your ride right up to luxury spec by throwing in a sunroof, heated steering wheel, Dakota leather seating, 18” alloys, and a whole slew of sport-tuned goodies including seats, steering wheel, trim, and even firmer suspension on rear-wheel drive models. Now that’s how a BMW should be!

For another four grand or so, you also get an 8-speed automatic in place of the standard 6-speed manual gearbox, as well as BMW’s xDrive all-wheel drive system like my tester came equipped with. While the automatic is a great alternative to the fun manual for those who suffer regular poor traffic conditions. The all-wheel drive option, in my mind, should only be considered by those who have a genuine need for it. There are no stability or traction issues with modern rear-drive BMW’s. If you live in a city above the Snow Belt, save yourself the initial and long-term expense of all-wheel drive and buy a dedicated set of winter tires instead.

The 320i, as a whole, is an attractive entry point to the 3-Series family. Thanks to its more affordable price point, particularly in rear-wheel drive manual gearbox form, and not so different performance, it’s an appealing alternative to the slightly more powerful 328i or the more frugal 328d. Ultimately though, I don’t find it to be quite as engaging or thrilling as its pricier brother, the 335i, which is the unquestionable pick of the range if you want the full 3-Series experience. The new Lexus IS and Infiniti Q50 are both solid alternatives as well. Given that the trade-off for the 335i’s excitement factor is better fuel economy and more palatable monthly payments, the 320i should still have no problem finding plenty of takers.