A man in his 30s is dead following an apparent drive-by-shooting in Woodbrige.

He was transported to the hospital, but succumbed to his injuries.

Police are looking for two suspects who fled in a white car.

They have not released a description at this time. 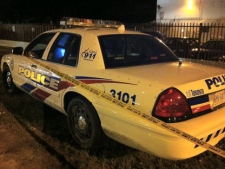