1,000 gallons of oil spills into ocean in Bahamas 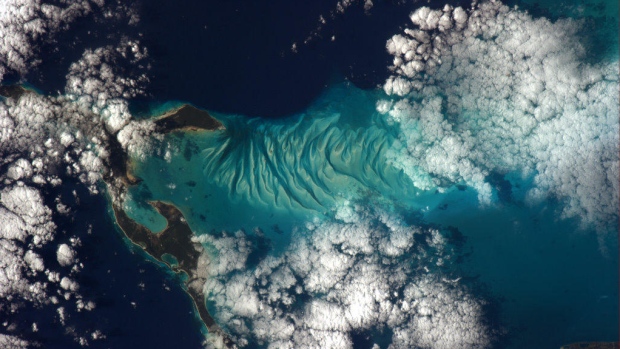 The Bahamas pictured from space in this file photo.

NASSAU, Bahamas -- Crews are trying to contain roughly 1,000 gallons (3,785 litres) of oil that spilled into the Atlantic off the northernmost island in the Bahamas, according to the owner of a salvage company in the archipelago.

Darville said he does not know exactly how the spill occurred. But a ship was trying to refuel alongside a barge at the time an oily sheen began to spread near the mouth of the harbour, he said.

Kenrid Dorsett, the country's environment minister, confirmed that there was an accident of some sort, but could not comment on its cause or estimate how much fuel spilled.

"As far as we are aware it is controlled. Under control doesn't mean it is contained. We are waiting for an exact report," said Dorsett, adding that an official report was expected Monday.

Last month, roughly 3,000 gallons (11,355 litres) of oil spilled into the ocean from a cargo ship accident off Grand Bahama.