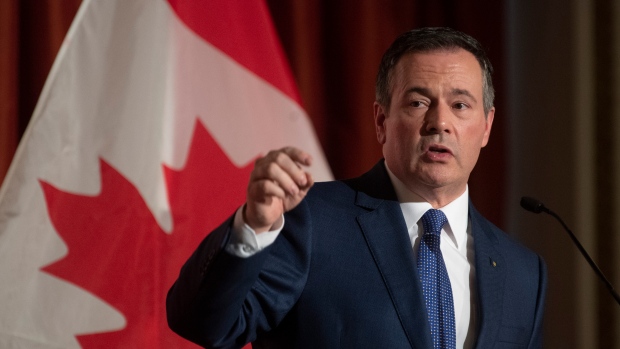 OTTAWA - Alberta Premier Jason Kenney and Prime Minister Justin Trudeau are set to meet face-to-face today for the first time since voters in that province threw out all of its Liberal MPs.

Kenney had made the case for months leading up to the federal election that the Liberals were -- at their peril -- ignoring the concerns of the West but the election result brought the reality of that anger to the fore.

Now Kenney is seeking to channel it for good, bringing Trudeau a list today of five demands he says must be met to get the Alberta and Canadian economies back up to speed.

They include changes to a federal payment program that tops up provincial revenues, amendments to environment regulations and a firm deadline to get the Trans Mountain pipeline expansion up and running.

Kenney's meeting with Trudeau will cap off a two-day trip that included eight provincial cabinet ministers all meeting with their federal counterparts and industry officials.

He says while federal-provincial relations have been tense, he wants to be able to find common ground with the Trudeau government.