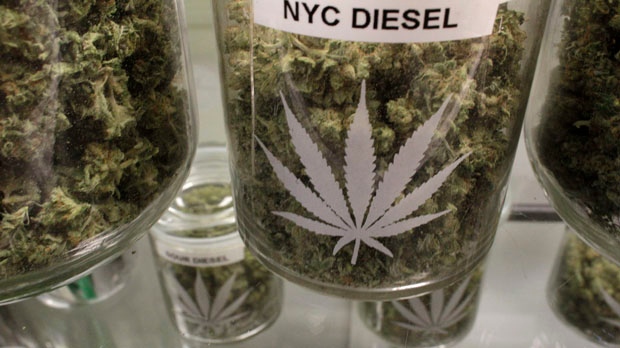 In this Nov. 19, 2012 photo, prepared marijuana is displayed for sale for those who posses a medical marijuana card inside a dispensary in the small town of Nederland, Colo. (AP Photo/Brennan Linsley)

PRAGUE, Czech Republic -- Parliament's upper house has approved legislation that makes it legal in the Czech Republic to use marijuana for medical treatment.

The bill was already approved by the lower house in December. It still needs presidential approval.

The lawmakers agreed in a 67-2 vote on Wednesday that marijuana would be imported and later grown locally by registered firms licensed for such activity.

Patients will need a prescription from a doctor to get the drug at pharmacies, and treatment will not be covered by health insurance. Patients wouldn't be allowed to grow marijuana at home.

Medical marijuana use is legal in a number of European countries and parts of the United States. The drug is commonly used to relieve conditions such as chronic pain and cancer.