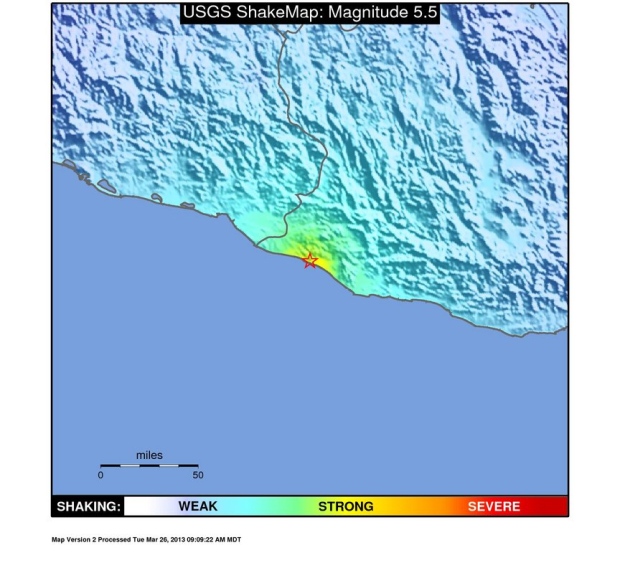 This map prepared by the U.S. Geological Survey shows the epicentre of an earthquake near Santiago Pinotepa Nacional, Mexico on Tuesday, March 26, 2013. (www.usgs.gov)

MEXICO CITY -- Earthquakes shook a broad swath of southern Mexico on Tuesday, causing buildings to sway in the capital and sending thousands fleeing into the streets as quake alarms sounded. But there were no immediate reports of damages or injuries.

A second quake struck near the same spot eight minutes later, also setting off alarms in the capital and causing people to evacuate tall buildings in the capital. The USGS calculated the magnitude of that quake at 5.1.

Mexico City's soft soil and geology make it especially sensitive to distant earthquakes. But Mayor Manuel Mancera said in a Twitter post that no damage was reported. Local news media also said there were no reports of damage close to Pinotepa Nacional.