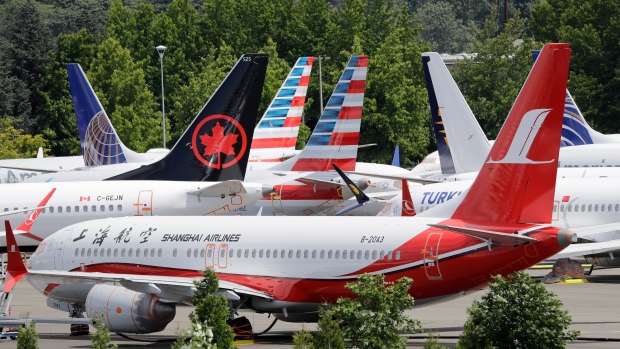 Safety regulators want to fine Boeing $3.9 million, saying that the company installed wing parts on 133 planes even though it knew the parts were faulty.

Boeing said Friday that all the affected planes in use have been inspected and fixed. A spokesman said the company is not aware of any incidents involving the parts.

The Federal Aviation Administration said Boeing failed to oversee its suppliers. At issue are parts for Boeing 737s known as slat tracks, which sit at the front edge of a plane's wings and guide the movement of panels called slats. The slats help give planes more lift during takeoffs and landings.

The FAA said the tracks were made brittle during a process in which they received a coating of cadmium and titanium, and that suppliers notified Boeing of the problem. Boeing still submitted the planes for FAA flight approval even after deciding that the slat tracks “could not be used due to a failed strength test,” according to an FAA statement.

In June, Boeing and the FAA both instructed airlines to inspect the slat tracks on some 737s. Friday's proposed fine deals only with a version called the NG. The same flaw may affect some 737 Max jets, but those are grounded after two fatal crashes in which a separate flight-control system played a role. Boeing said slat tracks on those will be fixed before the Max is allowed to fly again.

Chicago-based Boeing has 30 days to respond to the FAA.