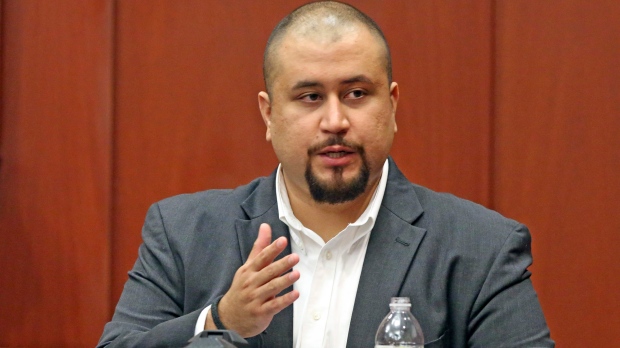 FILE - In this Sept. 13, 2016 file photo, George Zimmerman looks at the jury as he testifies in a Seminole County courtroom in Orlando, Fla. Authorities say Zimmerman threatened a private investigator working for a documentary filmmaker. (Red Huber/Orlando Sentinel via AP, Pool, File)

BARTOW, Fla. - Neighbourhood watch volunteer George Zimmerman, who was acquitted of the 2012 killing of Trayvon Martin, is suing the teen's parents, family attorney, the attorney's book publisher and prosecutors who tried his case, claiming he was defamed when they allowed a witness to give false testimony in an attempt to incriminate him.

Zimmerman's lawsuit, filed Wednesday, said a trial witness pretended to be the last person to talk to Martin by phone before he was killed when the witness was actually the half-sister of the caller.

According to the lawsuit, Brittany Diamond Eugene didn't want to testify that she had been talking to Martin before he was killed. So her half-sister, Rachel Jeantel, pretended that she was talking to the teen before he was fatally shot. Jeantel ended up testifying at Zimmerman's 2013 trial in Sanford, Florida.

Martin was killed during a struggle with Zimmerman, who was a Neighborhood Watch volunteer.

Martin was black. Zimmerman's father is white and his mother is Hispanic. Zimmerman's trial raised questions about race and Florida's “stand your ground” self-defence law which allows people to use force without retreating if they feel threatened.

In a statement on Wednesday, Martin family attorney Benjamin Crump called the allegations “unfounded and reckless.”

“This plaintiff continues to display a callous disregard for everyone but himself, re-victimizing individuals whose lives were shattered by his own misguided actions. He would have us believe that he is the innocent victim of a deep conspiracy, despite the complete lack of any credible evidence to support his outlandish claims,” Crump's statement said. “This tale defies all logic, and it's time to close the door on these baseless imaginings.”

Zimmerman's lawyer in the lawsuit, Larry Klayman, was planning a news conference in South Florida on Thursday to discuss the complaint. The lawsuit, filed in a central Florida county where Zimmerman is now living, seeks $100 million for allegations of malicious prosecution and conspiracy.

Klayman had planned to screen a film by conservative filmmaker Joel Gilbert detailing the allegations in the lawsuit. But the venue, Coral Gables Art Cinema, tweeted Wednesday that it was cancelling the rental arrangement, saying it had been unaware of the details.

Klayman is a conservative activist who founded the watchdog group, Judicial Watch.

Last July, an ethics committee of the bar in the District of Columbia recommended that Klayman's law license be suspended for more than two years. 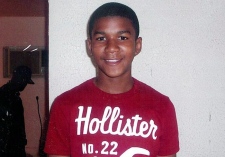