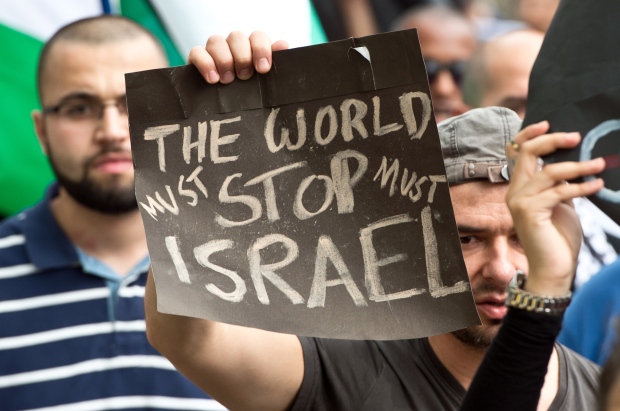 BERLIN -- The leader of Germany's Jewish community says he is shocked by an "explosion of evil and violent hatred of Jews" shown by protesters at pro-Gaza demonstrations across the country.

The president of the Central Council of Jews in Germany, Dieter Graumann, said Monday that "we would have never in our lives have expected that anti-Semitic slogans of the worst and most primitive kind could be chanted on Germany's streets."

Since the outbreak of violence in Israel and Gaza, there have been demonstrations both for and against Israel in Germany. During some of those protests, pro-Gaza protesters have chanted "gas the Jews" and other anti-Semitic slogans.

At a pro-Gaza protest in Berlin last week, an Israeli tourist was verbally attacked and had to be protected by police.